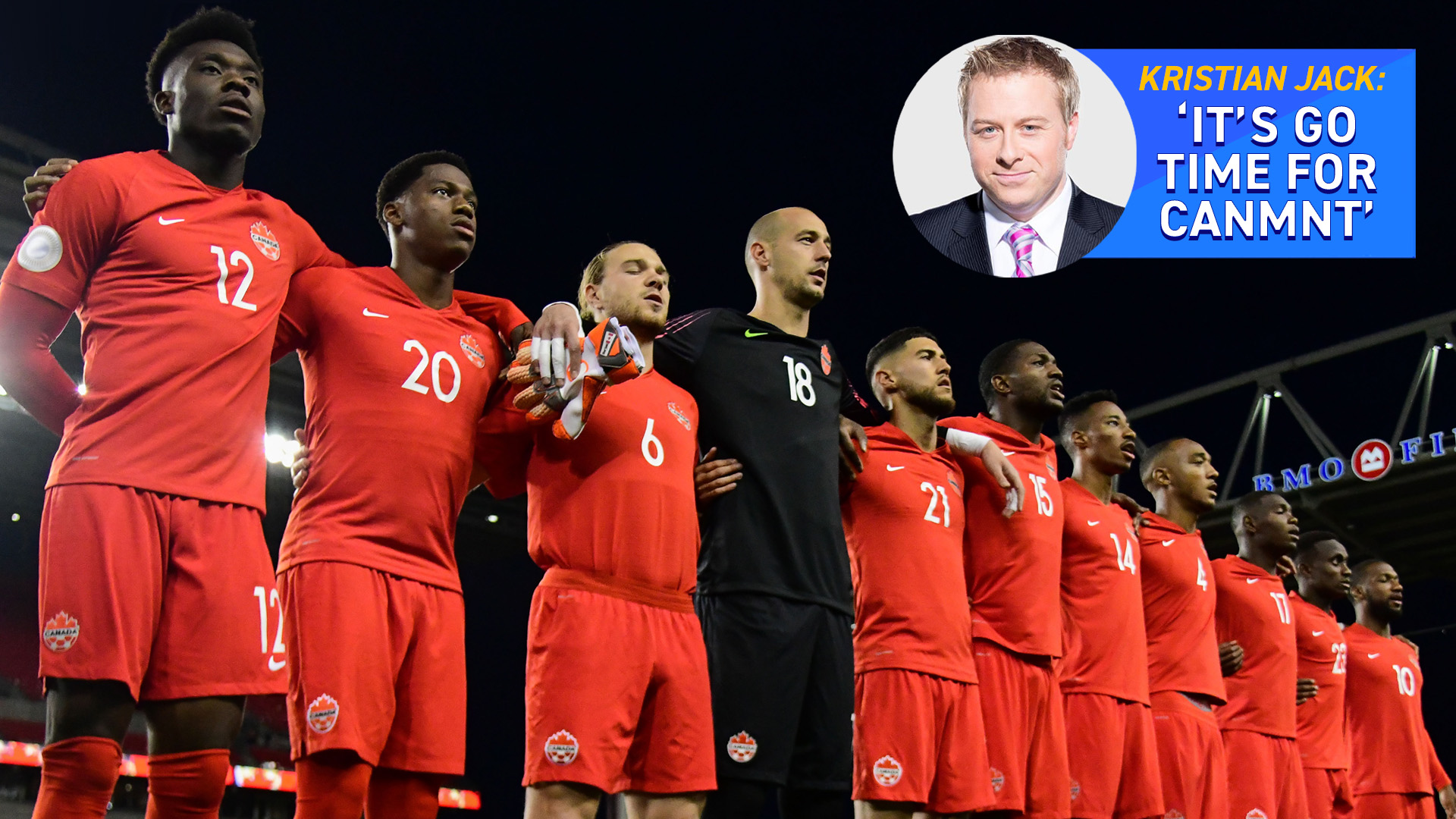 It all started with a tepid back pass. Then came the rash challenge and a penalty kick. Another Haiti goal and then their winner. Alphonso Davies kicking the post in anger and Canada knocked out of the 2019 Gold Cup, after losing a 2-0 second-half lead.

On that night in Houston, Texas, close to two years ago, the Canadian men’s national team gathered again at the hotel one more time, seeking closure before leaving for their families and clubs.

One senior player spoke about how ’45 minutes will not define this team’. Young stars like Jonathan David and Alphonso Davies listened, eyes wide and invested, believing better days will come.

Those days are here.

Head coach John Herdman called the team’s experiences in Houston a ‘missed opportunity,’ but, when addressing the second half collapse, he also told the media: “The moment the game turned against us it revealed where we are at, at this stage, and the step we have to take.”

That moment has arrived. One small step from round one to round two of Concacaf World Cup Qualifying. One bigger step, potentially against Haiti again, from round two to the final round. One enormous step for Canadian Soccer. Four games. Eleven days. A short period of time that will define this group of promising players.

International football can be cruel. It can present players with some of the highest moments the sport can offer, but scars from moments of despair and disappointment can take time to heal due to the length of times between competitive matches. It’s what drives players to take plane connections in obscure places and sacrifice time away from loved ones to eventually report thousands of miles from home to represent their country.

Since losing to Haiti, Herdman’s side have played nine times in 23 months. In total, they have played just 18 times since he was hired in January 2018. Four of those 18 games were friendlies behind closed doors, while 10 of them were one-sided affairs in the Gold Cup, Nations League or World Cup qualifying against the likes of US Virgin Islands, Cayman Islands, Dominica and Cuba. In those ten games, Canada won all of them, outscoring teams by a combined 52-2.

In Boxing terms, the games were nothing more than sparring partners in the gym, building muscle memory, cohesion, relationships and belief within the group. Records were broken, smiles were displayed and camps came and went knowing that a job was being done while lacking true fulfilment.

Under Herdman, the other four matches are what people remember the most. These are the true reference points. The pure elation and satisfaction felt by the squad in the win over the United States at BMO Field in October 2019 is the feeling they continue to chase, knowing at the highest level, they can also face disappointment, as was the case when they were overturned by the same opponents a month later. They remember the second half push and feeling like they can compete against the kings of Concacaf, Mexico, at the Gold Cup, when at times they had them on the ropes, before losing 3-1 and, of course, the horror in Houston, capitulating in the quarter final. This is where everyone learns about this group the most, including themselves.

“The sheer frustration is that moment when you needed calm, composure, an arm around (Marcus) Godinho, no one did,” Herdman reflected at the end of the 2019 Gold Cup. “That’s what is killing us. That one moment. Where we could use that to build and get stronger. When Mexico conceded to us, they rallied around and pulled away again. That’s what Canada has to do now, because we all know – we can all sense it, these moments make massive differences. We have put a lot of work in to the culture and building a strong foundation so players can be themselves and perform but that’s a piece of the culture that is not there yet. We have to build that and I think we only build that by playing competitive, tough matches. Not USVI, Dominica, – tough games.”

For Canada, that dream is now very much alive. Tough games to come, tougher to hopefully follow. There comes a time in any team that the meticulous work done behind-the-scenes; the preparation, cohesion, planning, all needs to lead to something on the pitch. For this Canadian team, right now, it’s go time. The business end of their season. It starts with Aruba on Saturday June 5th and Suriname on Tuesday June 9th. Progress through that and then a two-legged tie in round two, games on June 12th and June 15th, to book their place in the Royal Rumble of Concacaf World Cup qualifying. The Octagon.

Fourteen games in seven months, from September 2021 to March 2022, against the best this region has to offer. There will be trips to hostile environments, where locals will clamour to see the likes of David and Davies and throw anything they can think of at them. At times it will be horrible. There will be a lot of pain and suffering, but it is exactly what this group needs right now so they can grow together in pursuit of one of the prized top three and a half spots (the team finishing fourth faces a continental playoff to make the World Cup).

If Qatar is the ultimate destination, the journey is the ultimate test, far more important at this stage than any tickets it can book for November 2022. There are no more powerful words placed together in the sport than ‘World Cup’ and any connections it has to this team, and the possibility of getting to one, will bring far more notoriety and attention from the casual soccer fans and businesses in this country.

An opening match against Honduras at home, hopefully back in Canada, to start it off in September. USA, Mexico and Jamaica all away before the end of October. These are no longer games pencilled in like a fantasy that could come to fruition. This is now an absolute requirement for this team. Smashing inferior teams was fun, but nothing worth having comes easy. This is now where they believe they belong and yearn to be.

You can only beat who is in front of you, but it is the true tests that elevate the true sense of accomplishment, and with many young players at the core of this group seeing their own reputations rise because they are overcoming significant challenges at the club level, it is only natural for them to crave challenges like the final round of qualifying and allow us all to see them suffer and soar through it. For many it will be their only opportunity.

In 2026, some of these players will likely be playing on Canadian soil in a World Cup, automatically qualifying as hosts. They will not have this chance in that cycle to play the best in the region and prove they belong in true competitive matches. As a country the men’s team have not reached the final round of qualifying in this region since 1998. Those in charge know that streak has to end now.

Said Herdman: “These men collectively have to step forward and carry the Canadian flag to the heights they have at the club level. This generation of players can be that generation to take it to the next level. It is their time now. They can be the group of guys that can make a difference.”

Four games. Eleven days. The pressure is on but that is nothing more than a shadow of opportunity. This team missed that in 2019. There will not be another chance like this. What a privilege. Time to make it happen, Canada.